We're working on our Kickstarter video which we hope to launch by mid November!    Our resident videographer, Von Hernandez, is hard at work and we can't thank him enough.

Last week, we went to the Blake Garden up in the El Cerrito Hills to shoot the video.  It rained in the morning but by 3:30 the sky cleared up and we managed to get the San Francisco scene (Alcatraz Island, Bay Bridge, skyline, the bay, etc.) in the background.  Blake Garden is where the kids and I used to go for our picnics and is the inspiration for the picnic scenes in the book.  It is always peaceful and calm up there!  (We moved to Davis in July of this year and Blake Garden is one of the things I miss about El Cerrito.)

I've finalized the script for the audio and gotten permission to use music composed by a good friend of mine, Frances Ancheta.   Yey!

I feel so self-conscious, though.  I've been in several dance and theatrical performances before but being in front of the camera freaks me out!  Looking at myself in the video with an objective eye will be a challenge... 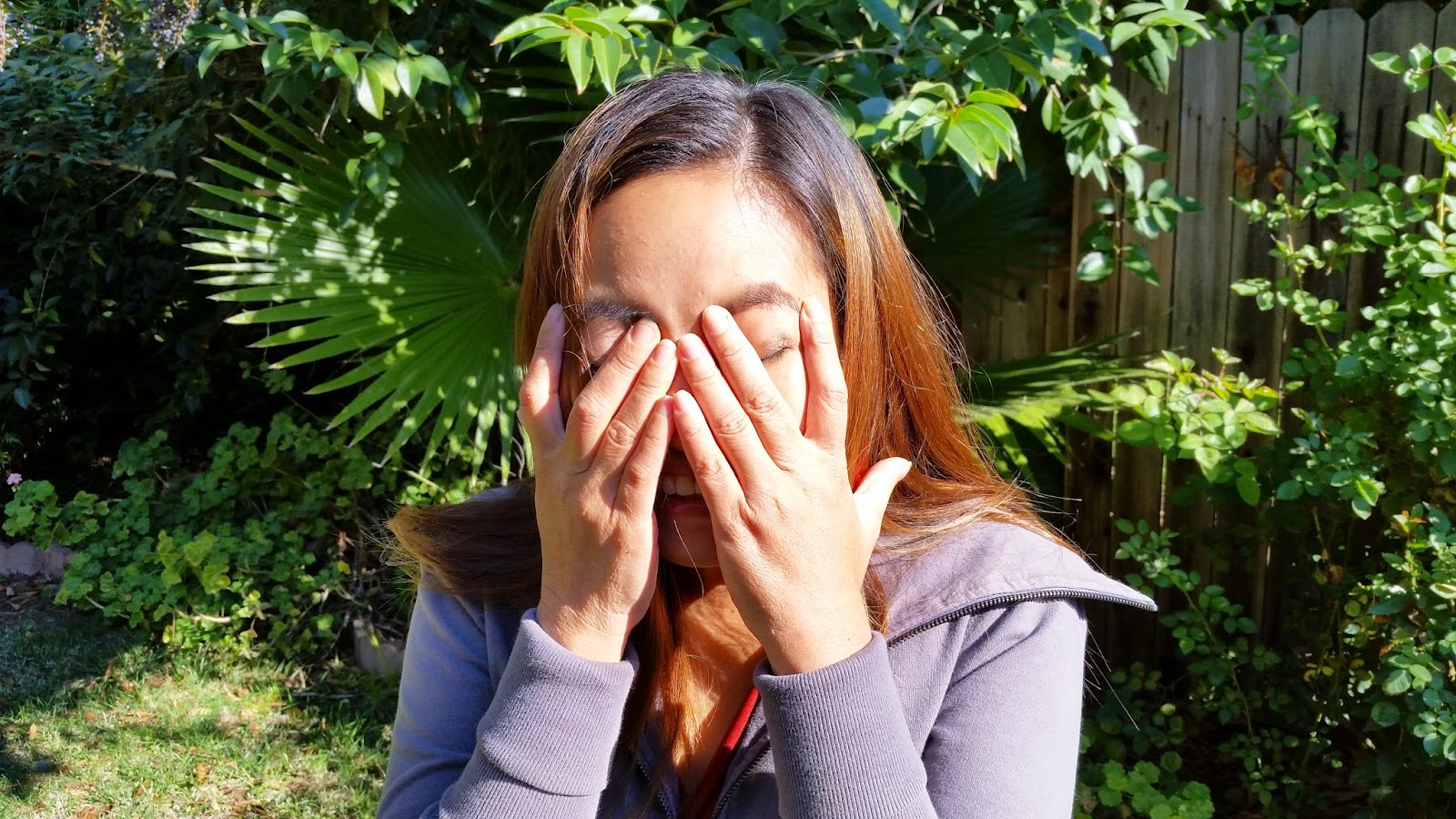 (This is me before facing the camera.)

Additionally, we are adding both Bisaya and Tagalog translations.  Another good friend of mine, Chris Bustos, asked me why there were not going to be translations on the actual pages.  Originally, we planned to provide translation only on one of the back pages.  After Chris' question, I rethought the plan and decided that the book would benefit from Bisaya translations right on the pages in addition to Tagalog translations on the back pages.  This changes our lay-out a bit but it's something we could work with.  I've got Tagalog speaking friends, Ricarte Abejuela and Andreas Santos, helping me out with the translations.  I didn't think I'd need help with Bisaya since I speak it but I'm reaching out to my Bisaya friends for some insight.  Can't hurt!

Thank you, Von and Frances and Chris and Ricarte and Andreas!  And thank you everybody for keeping in touch and supporting this project!  Happy Halloween!
Posted by Libro at 4:09 PM